The Woodlawn Cemetery was the site of the first memorial day service in Illinois and perhaps in the country, to honor those who had died in the Civil War, which took place in Woodlawn Cemetery on April 29, 1866. Civil War Hero General John A. Logan gave the commemorative address. Designated in 1994, the City currently maintains the Cemetery, and Memorial Day services are observed each year at the site. 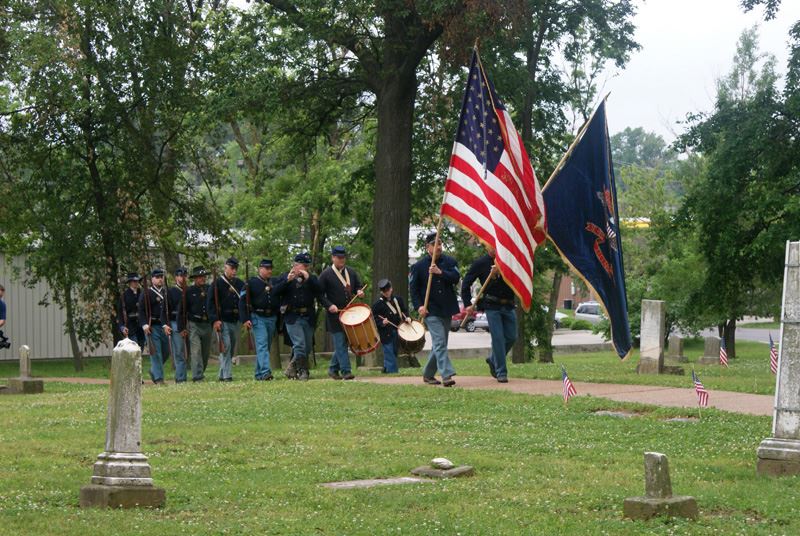 Originally the science building, it is the oldest surviving building on campus. Designed in the Gothic revival style with yellow brick and gray rock-faced limestone. The octagonal four-story tower and crenelated turret and parapet were popular devices on educational buildings of the period. The pointed arches and trefoil patterns are typical of the Gothic Revival. The building is now the home of the Music Department. 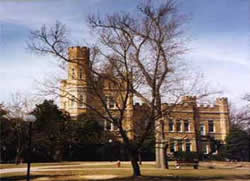 This Romanesque style red brick and rock-faced sandstone building was originally the University library. Reminiscent of the Richardson Romanesque style, with its round-arched windows, it was intended to harmonize with the second Old Main which burned in 1969. 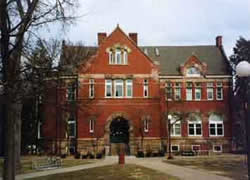 The Old Railroad Passenger Depot, 111 South Illinois Avenue, was built in 1903 by the Illinois Central Railroad. The City of Carbondale restored the exterior in 1992 and the interior in 1996. 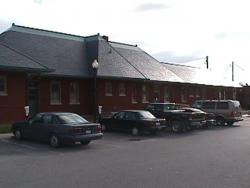 The Town Square Pavilion, reconstructed in 1992 using the hand-hewn beams from the original freight and passenger depot, was built in 1854 by the City's founder, Daniel Harmon Brush. It was the site of a large public celebration on the Fourth of July, 1854, when the first train came to Carbondale. 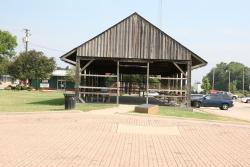 The F.A. Prickett Building, 127 North Washington Street, was built in 1903 by Francis Asbury Prickett, one of Carbondale's prominent businessmen. The building was designed by Carbondale's leading architect/designer/builder of the era, Issac Rapp. Known as the F.A. Prickett Drug Store, the two-story brick commercial structure is a late Victorian style with a second bay over a first-floor corner entry. 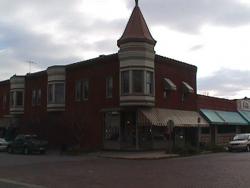 The Dunaway Block (circa 1900), 102 to 106 East Jackson, is one of the most intact architectural borders of the Town Square. Other than modifications to the storefronts to the lower-level commercial spaces, the Dunaway Block remains relatively unchanged from its original overall appearance and is in excellent condition. 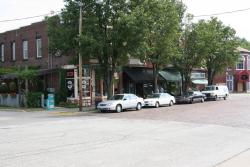 The Tuscan Lodge property, 201 North Washington Street, was acquired by Tuscan Lodge Number 44 on April 4, 1903. Construction originally began on July 20, 1893, but was suspended due to the failure of Richart and Campbelli's Bank. In May of 1894, John C. Hundley, a merchant and one of Carbondale's leading businessmen entered into a contract with the Oddfellow's Lodge to complete the building and rehired the original builder T.L. Rasco to complete construction. Designed in the Italianate style, this building has been extensively altered in recent decades. 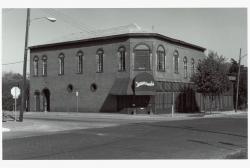 Designated in 2009, The Varsity Center for the Arts, located at 418 South Illinois Avenue, was built in 1940 and is an example of the art deco style of architecture which makes it a unique building in Carbondale. Once a two-tiered auditorium theater, it was later split into an upper and lower theater, and a third theater was added on in the 1980s.

Dick Gregory, a former SIU student, comedian, and civil rights activist is credited with sparking the movement to integrate the Varsity after staging a protest in the1950's. Though the building's appearance has been altered, current owners are seeking to restore the building to its original 1940's architectural appearance and use the building as a performance space. 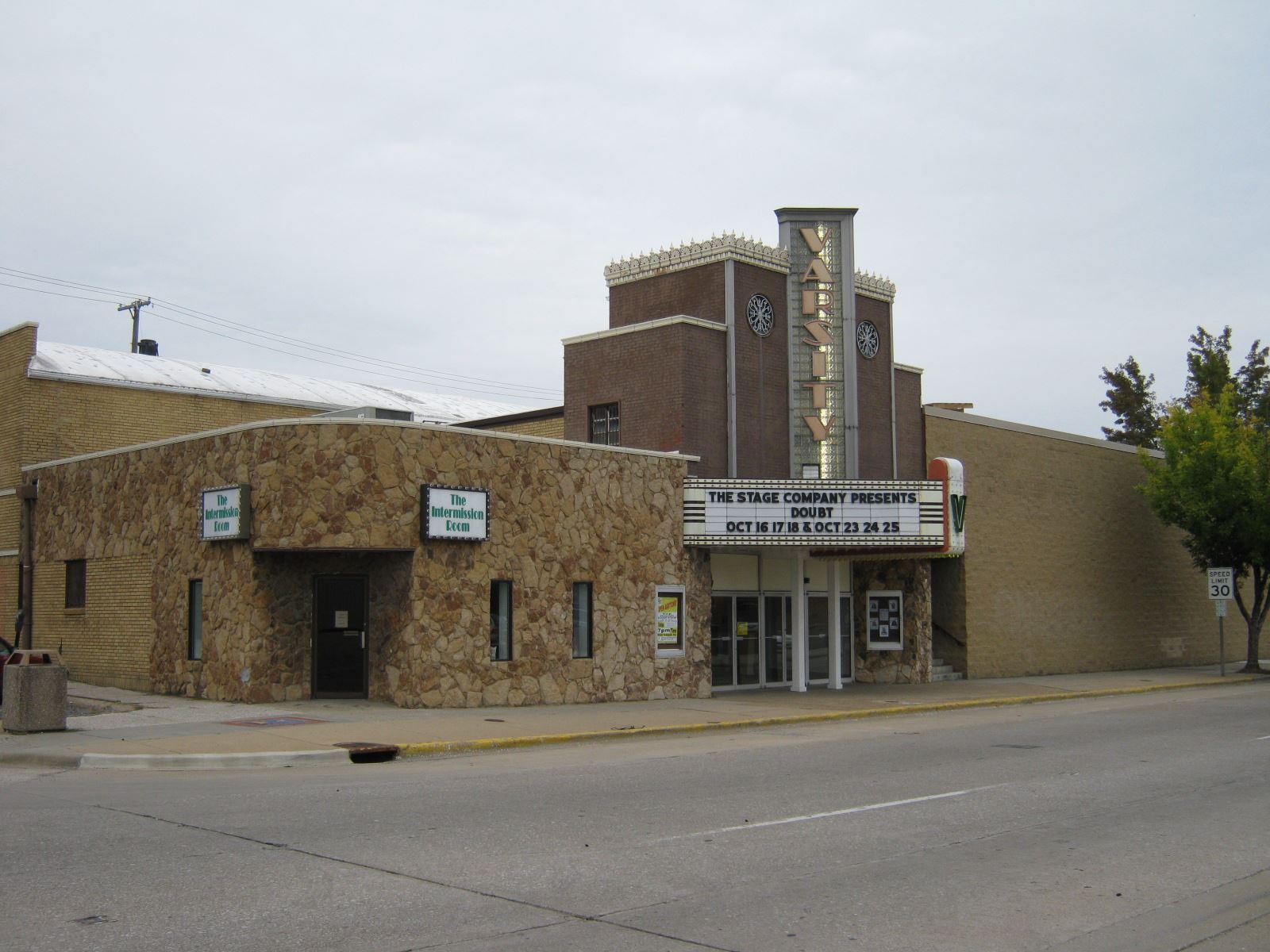